Nineteen thousand kilometres is a long way to travel for truffles, but for Farm Cove local Jasbir Kaur it’s all in a day’s work.

The general manager of Manukau private training provider Ignite Colleges, Jasbir is also an award-winning chef and president of the Auckland branch of the NZChefs Association. And if that’s not enough, she’s made it her lifework to promote New Zealand cuisine on the world stage and bring international flavour Down Under.

Tomorrow Jasbir boards a flight to Spain where she’ll be one of 10 internationally-acclaimed chefs selected to judge the world truffles competition, Cocinando Con Trufa (Cooking with Truffle).

Now in its second year, the event takes place in Soria from December 2 – 4 and draws competitors from all over the world keen to showcase their culinary prowess.

“While I’m there I’ll also be working hard to promote New Zealand cuisine and will bring back lots of fresh ideas to share with my cookery students at Ignite Colleges.”

Ignite’s state-of-the-art cookery school is a launchpad for New Zealand’s next generation of top chefs, thanks in part to Jasbir’s innovative approach and international reputation. Earlier this month she was flown to Valladolid, Spain, the only international judge on a panel of eight top chefs tasked with selecting Spain’s national tapas champion.

Together with her fellow judges – all renowned Michelin starred chefs – Jasbir rated contestants across a range of categories including flavour, presentation and commercial viability.

“The level of creativity and amazing combination of flavours we saw in these competition dishes were extraordinary and among the best I’ve ever experienced.”

And she has certainly experienced plenty. Not only was Jasbir a competitor in the 2017 World Tapas Championships, but she is also the driving force behind the Australasian Tapas Championships, an annual competition hosted by Ignite Colleges which sees leading chefs from Australia and New Zealand battle it out for a spot at the World Champs. 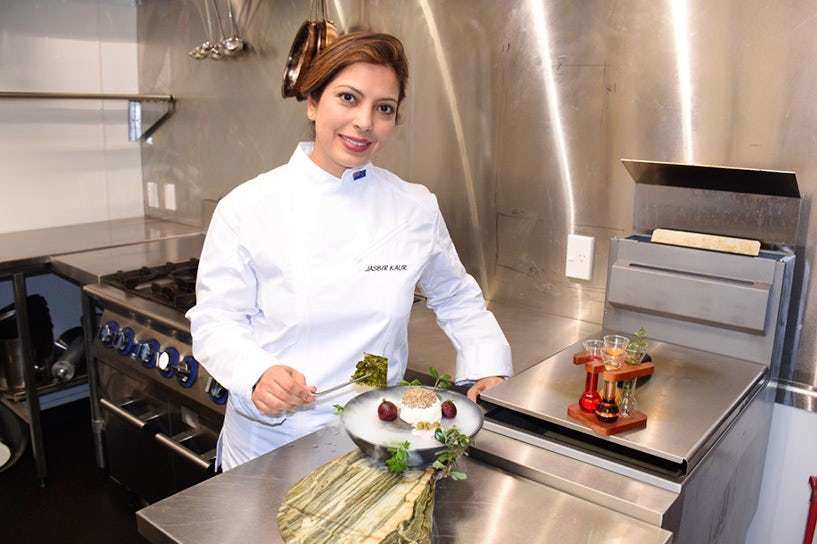 Applying to study with us is easy. Make an appointment with us or complete our enquiry form.